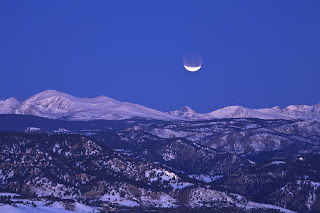 The lunar eclipse above Indian Peaks.  Shot from just outside Boulder, CO, the Indian Peaks run along the continental divide.  The moon set just before totality on the morning of December 10, 2011.  It was a very impressive sight. 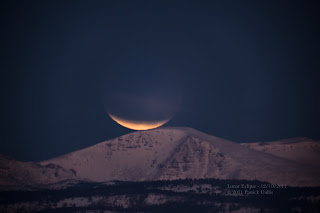 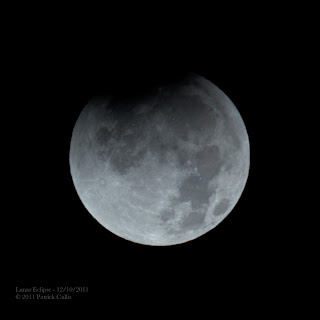 An earlier view of the moon right at the beginning of the eclipse. 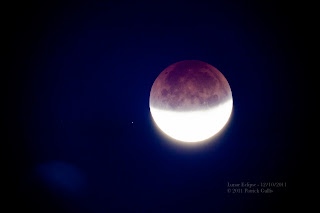 Midway through the lunar eclipse.  You can just start to see the orange glow of the moon in Earth's shadow.
There are also more pictures, and higher-res versions on MY FLICKR GALLERY
I will also be adding higher quality pictures of the eclipse over the next couple of days, but need to do some work on them.
Posted by Cully at 8:30 AM